Don’t Get Emotional When Investing in Healthcare

Don’t Get Emotional When Investing in Healthcare

The healthcare sector is my favorite sector to invest in, both long and short term.

Long term, demographics practically ensure that the sector will remain healthy (pun intended) for years to come. Ten-thousand baby boomers turn 65 every day. A few decades from now, when the baby boomer population has dwindled, the next large population group (millennials) will be middle-aged.

Short term, few sectors have the ability to produce such strong gains as healthcare, particularly small cap biotechs. But with these types of companies, it’s easy to break one of investing’s cardinal rules: Don’t fall in love with a stock.

My brother works in the movie industry. Sometimes he’s under a lot of pressure. When he feels stressed, he reminds himself, “You’re either curing cancer or you’re not curing cancer.” In other words, people won’t die if his project isn’t successful.

When you invest in small cap biotech stocks, you’re often investing in companies that are trying to cure cancer or diabetes, or a rare but fatal disease. The work that these companies do is important.

If you buy shares of a stock like Target (NYSE: TGT), of course you want the company to prosper. And if Target’s sales are strong, it will employ more people and help grow the economy. All good things. But let’s face it, you probably don’t get that excited about the same-store sales report each month.

But when you invest in a small biotech, it’s different. It’s easy to become emotionally attached.

For example, consider a company like TG Therapeutics (Nasdaq: TGTX), which is developing therapies for treating leukemia. You want the company to succeed, not only for your own monetary gain but because of the impact it could have on tens of thousands of lives.

If things go wrong with some of these companies, like when their drug is rejected by the FDA or their clinical trial data is weak, investors often make excuses and justify why they should stay in the stock, even if they have a large loss and the medical studies say the drug clearly doesn’t work.

And when things go right, they can go right in a hurry.

Portola Pharmaceuticals (Nasdaq: PTLA) is a great example of the big swings that biotech stocks can experience.

The company makes drugs to treat blood clots and other blood conditions.

On June 22 of last year, Portola’s stock closed at $38.25. The next day, after announcing the FDA approval of its anticoagulant Bevyxxa, the stock spiked 63% and closed at $56.06. It eventually reached a high of $67.10 a few weeks later. Today, the stock trades in the low 30s, half of where it was less than a year ago. 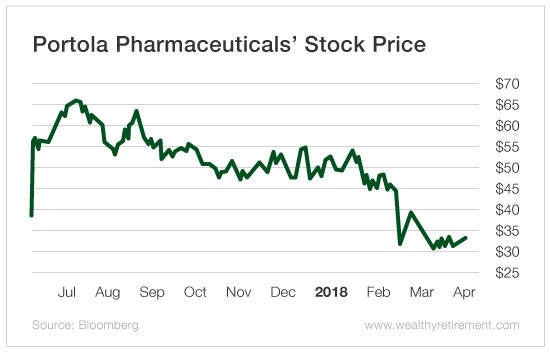 Investors who were able to ride the stock to its new high should have checked their emotions at the door and set a trailing stop.

I recommend a 25% trailing stop on most stocks. That means that as the stock goes higher, you adjust your stop higher. When Portola hit its high at $67.10, an investor who set a 25% trailing stop would have gotten out at $50.33, saving himself about 18 points from where it’s trading today.

It would have been easy to get caught up in the emotion of rooting for AndexXa, Portola’s developmental antidote for anticoagulants when emergency surgery is required. Without it, patients on blood thinners can bleed to death while on the operating table. There are few remedies that doctors can use in this situation, so AndexXa would save about 2,000 lives per month. It makes sense to root for a product that can be beneficial to so many people.

But setting a stop at 25% below the high would have taken the emotion out of the trade and forced the sale of the stock at $50.33. Even if the investor was very hopeful that AndexXa was going to save lives and be the next big thing in medicine, the stop would have taken him out of the position and saved him a lot of pain when Portola made a round trip back to the low $30s.

Using a stop removes the emotion from investing, which is always important, but especially when investing in an emotional sector like biotech. 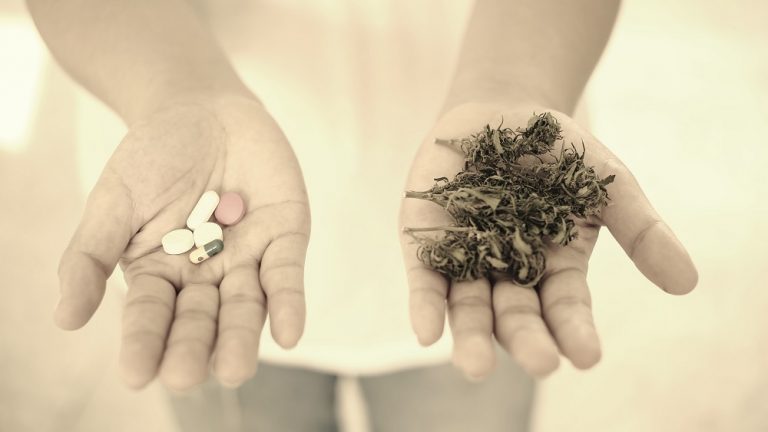 The Hottest Sectors… and Why You Shouldn’t Care About Them 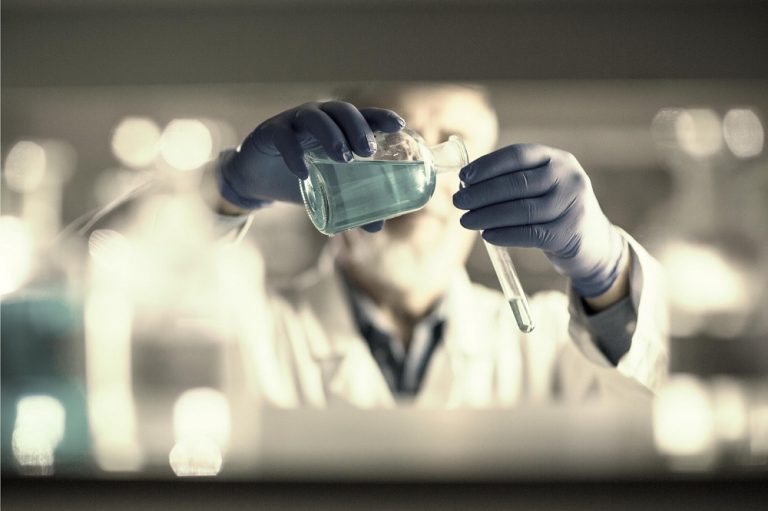 How to Manage Risk in Speculative Biotech Stocks 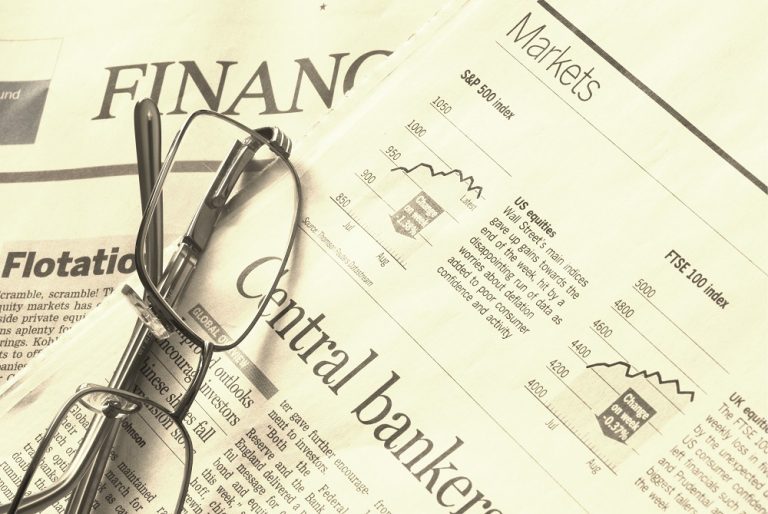